Digital history has begun to revolutionize the way in which historians conduct research, collaborate, and publish. Democratizing access to this process of reading, writing, and rewriting, as noted by Burdick et al expands the conversation exponentially and provides for the opportunity to further innovate. According to Mark Sample, “the ‘builders’ will build and the ‘thinkers’ will think, but all of us, no matter where we fall on this false divide, we all need to share.” Sharing in the enthusiasm, Burdick et al state “ours is an era in which the humanities have the potential to play a vastly expanded creative role in public life.”

According to Burdick et al digital cultural mapping, “glocalization” will accelerate and form new meanings from both inside and outside of academia. Fusing the local and the global, open source media allows for scholars to interact with each other and the public to form new meaning and deeper insights. Digital publishing itself is a social act that defies traditional boundaries of access and identity, and promotes collaboration. The decolonization of scholarship and knowledge through the digital humanities is challenging notions forces us into, “A fundamental rethinking of how knowledge gets designed and created, but also a fundamental rethinking of what knowledge looks and sounds like, who gets to create and interact with knowledge, when it is made and recognized, how it gets authorized and evaluated, and how it is mad accessible to a significantly broader (and potentially global) audience” (Burdick et al). Graham et al argues “it is the ethos and successes of the open-source movement that has given digital historians and the broader field of the digital humanities wind in their sails.”

Some scholars now publish their research in the form of blogs, which are democratically accessible. According to Burdick et al “born digital objects- whether tweets, blogs, videos, web pages, music, maps, photographs, or hypermedia artifacts that combine many different media types- provide data for analysis and populate new forms of knowledge creation and curation.” In effect publishing becomes a transformed social act in which the writing process is continual. As William Turkel notes, blogging puts the “emphasis on the contributions of individual people and their relationships to one another.” As the blogosphere continues to grow, “Technorati has indexed well over a hundred million blog records since 2002,” the innovations in historical scholarship will continue to compound (Burdick et al).

Some history blogs like the Women of History act as a central hub of blogs focused on a variety of subtopics in women’s in history while blogs like History of American Women is a popular individualized blog roll. Concurrently blogs like the Indiana Historical Bureau provides a rage of historical blog topics and encourages guest blogging. According to Jill Weiss’s post titled “Melba Phillips: Leader in Science and Conscience Part Two” Phillips was a victim of the second red scare and was forced to “testify before the McCarran Committee of New York, the state version of the U.S. congressional committee, on her political activity,” and work for the Teachers Union. Loosing her university position for pleading the fifth, Phillips was slandered in a New York Times article that ran the headline “Ex-Red Describes City Teacher Blocs.”

Cohen and Rosenzweig argue that “digital data is only a sampling of the original data” and that something crucial is lost in translation. They see digitization as possibly limiting in its ability to express the true aura of the subject under study. In his discussion on oral history transcription Michael Frisch notes that, “everyone knows that there are worlds of meaning that lie beyond words; nobody pretends for a moment that the transcript is in any real sense a better representation of reality than the voice itself” (103). While Cohen and Rosenzweig see the translation to the digital as a potential limitation and opportunity for error, Frisch turns this concept on its head by emphasizing the digitization of the original data itself. According to Frisch, “beyond returning the power of ‘voice’ in oral history, digital indexing of audio and video thus speaks to political questions central to oral history discourse… [in that it] open[s] the significant non-linear, fluidly multi-pathed ground between” the input and the output of historical production.

The Oral History Association currently lists over fifty centers and collections of digitized oral histories on its website. For example the Smithsonian Institution has a large archive including the oral history of Edmund Rudolph Teske form May 27-30, 1980 in which he discusses his childhood, art, and Jane Addams’ Hull House. However, so far only the first five minutes of the interview have been digitized and no transcription is provided. The University of Nevada Oral History Archive houses an oral history of Alice Terry and provides a digitized transcript of the full interview but no audio component. It seems that Frisch’s utopia remains a researcher’s dream.

Digital history has not come about without criticism. According to Cohen and Rosenzweig “This exciting prospect of universal, democratic access to our cultural heritage should always be tempered by a clear-headed analysis of whether the audience for the historical materials is real rather than hypothetical.” Urging scholars to think critically before digitizing in order to maximize public benefit, Cohen and Rosenzweig note that the costs to digitize are still relatively high and that large digitization projects are mostly outsourced to commercial vendors. Cronon seem to echo the concerns put forth by Cohen and Rosenzweig. William Cronon’s discussion on the ways in which digital history has transforms all aspects of a historians scholarship warns that “even the ability of historians to quote from primary documents is more at risk today than ever before, with the possibility that significant swathes of the historical record may essentially become privatized at the very moment when open access seemed about to triumph.” Furthermore Cronon is concerned about the changing reading patters of the younger generations and worried that “the human ability to navigate book-length texts may be diminishing.” This point is aligned with William Turkel point that “you won’t be able to read everything.” For example the Library of Congress’s American Memory project alone already has more than 8 million historical documents (Cohen and Rosenzweig). While William Turkel reminds us “the longer you work on something, the more behind you will get,” Mark Sample urges everyone to jump in and get sharing. 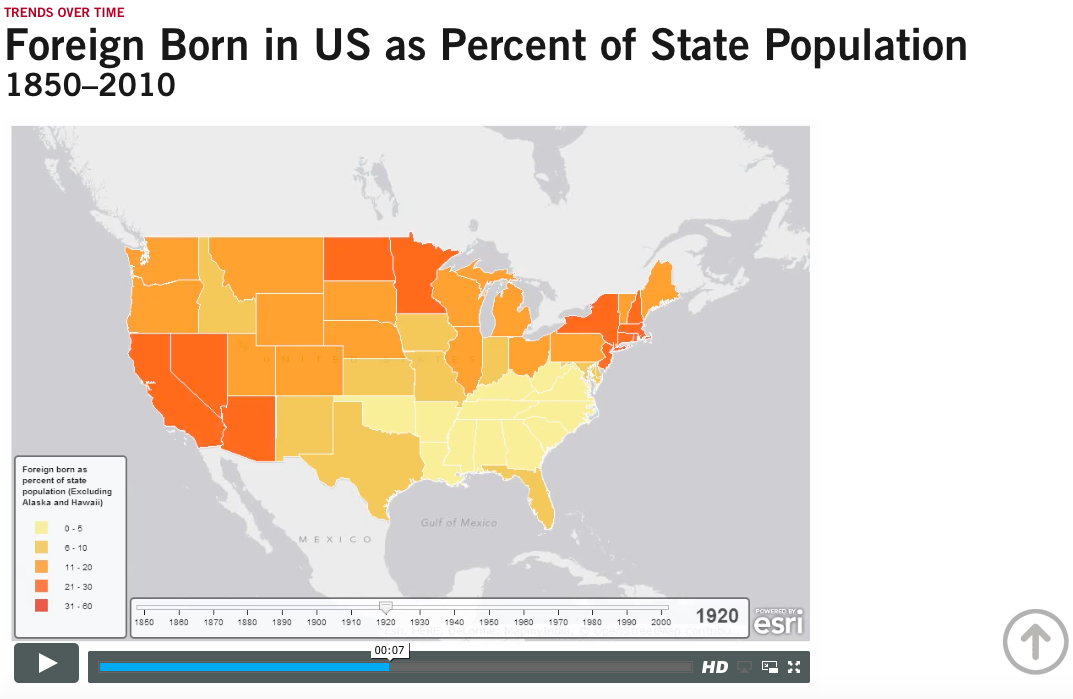 Digital history has shaped spatial and data visualization in exciting new ways. According to Richard White, “Visualization and spatial history are not about producing illustrations or maps to communicate things that you have discovered by other means. It is a means of […]